The mission of the Orientation and Transition Experiences (OTE) office at the University of Minnesota is to be innovative and responsive to the shifting needs of their students while being leaders in the field of orientation, transition, and retention.

Today, gen-z students use mobile phones as their go-to for information. That is why the Orientation team at the University of Minnesota decided to implement a new orientation app solution that would help them adapt their orientation programming to mobile.

Like other universities, the University of Minnesota was finding that students were finding themselves disengaged with campus life programs upon entering college.

It’s reported that on average 1 in 4 college students don’t feel a sense of belonging to their campus community and that 80% of these students report that they’re unaware of the engagement opportunities offered at their universities. (Strayhorn, Terrell. (2018). College Students’ Sense of Belonging)

This disengagement causes resources and programs to be underutilized at universities.

To account for this, the university wanted to implement a solution that would drive student engagement. 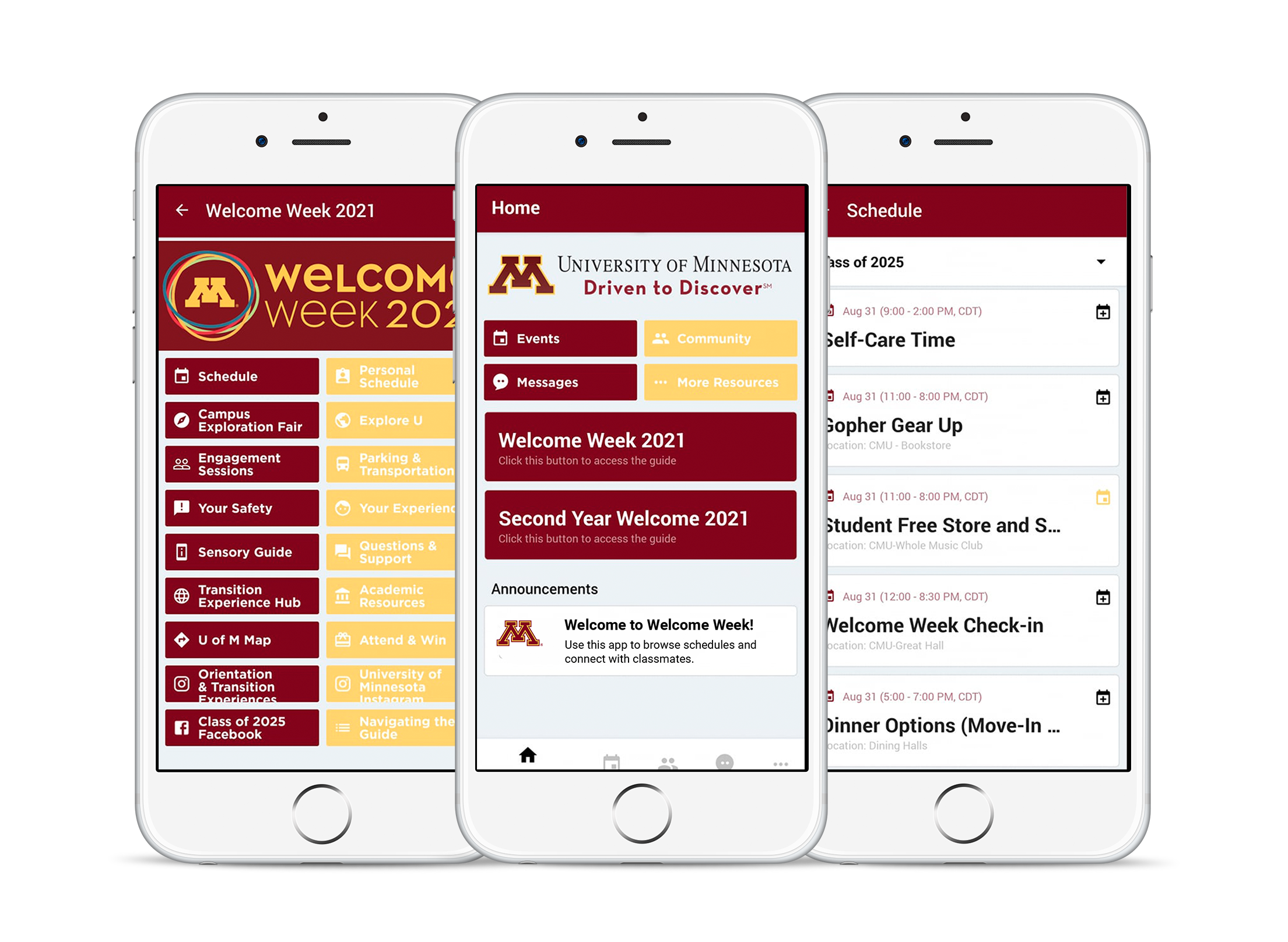 With Eventus.io, UMN launched the Gopher Transitions app which allowed them to digitize their orientation content and offer a community space for students to connect. By doing so, the OTE team gave students a familiar channel to engage with orientation programming, given that Gen-Z students are digital natives. 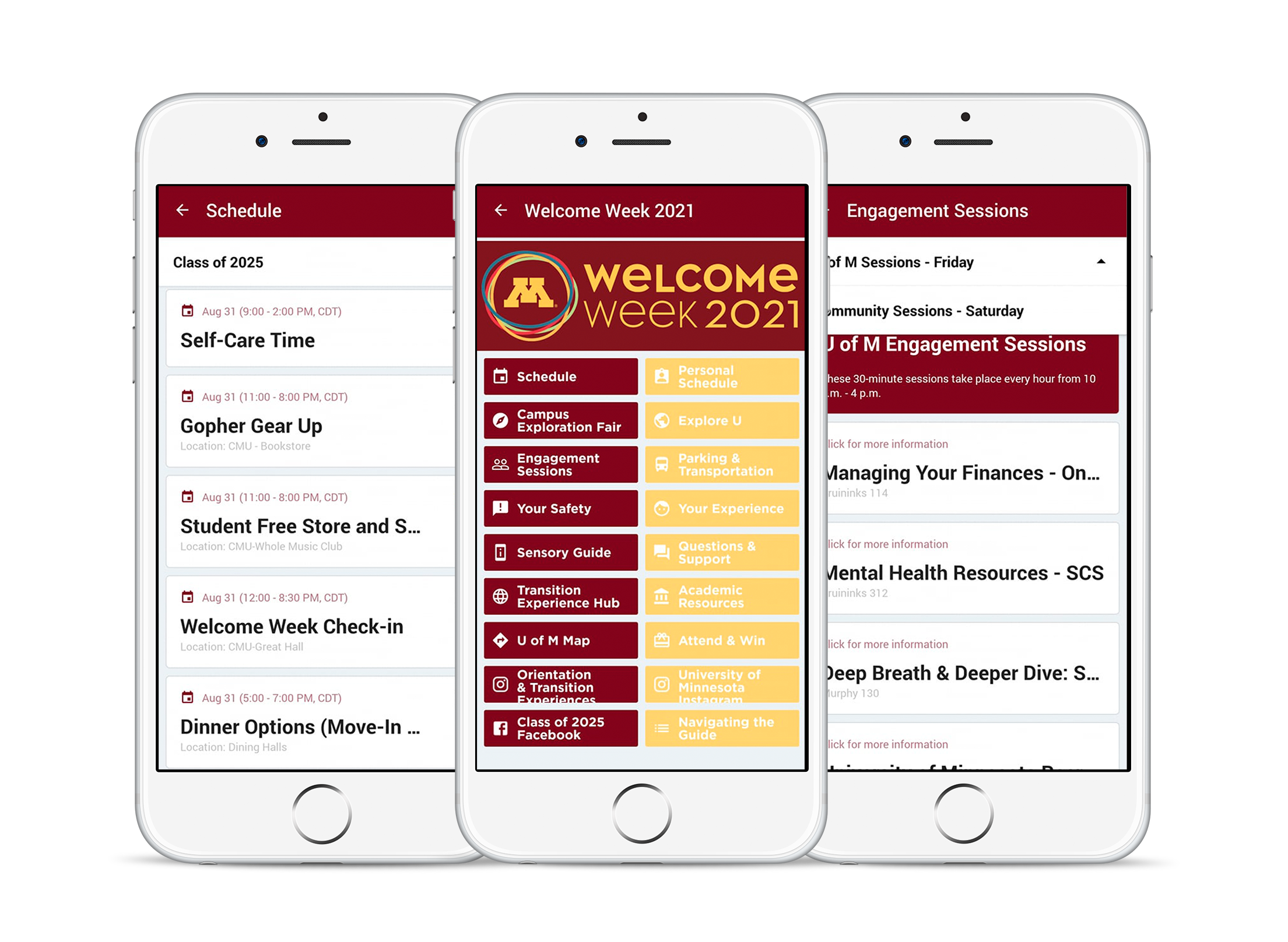 Programming for the app included:

In addition to orientation programming, the Gopher Transitions app offered a social feed that gave students a space to connect with one another. 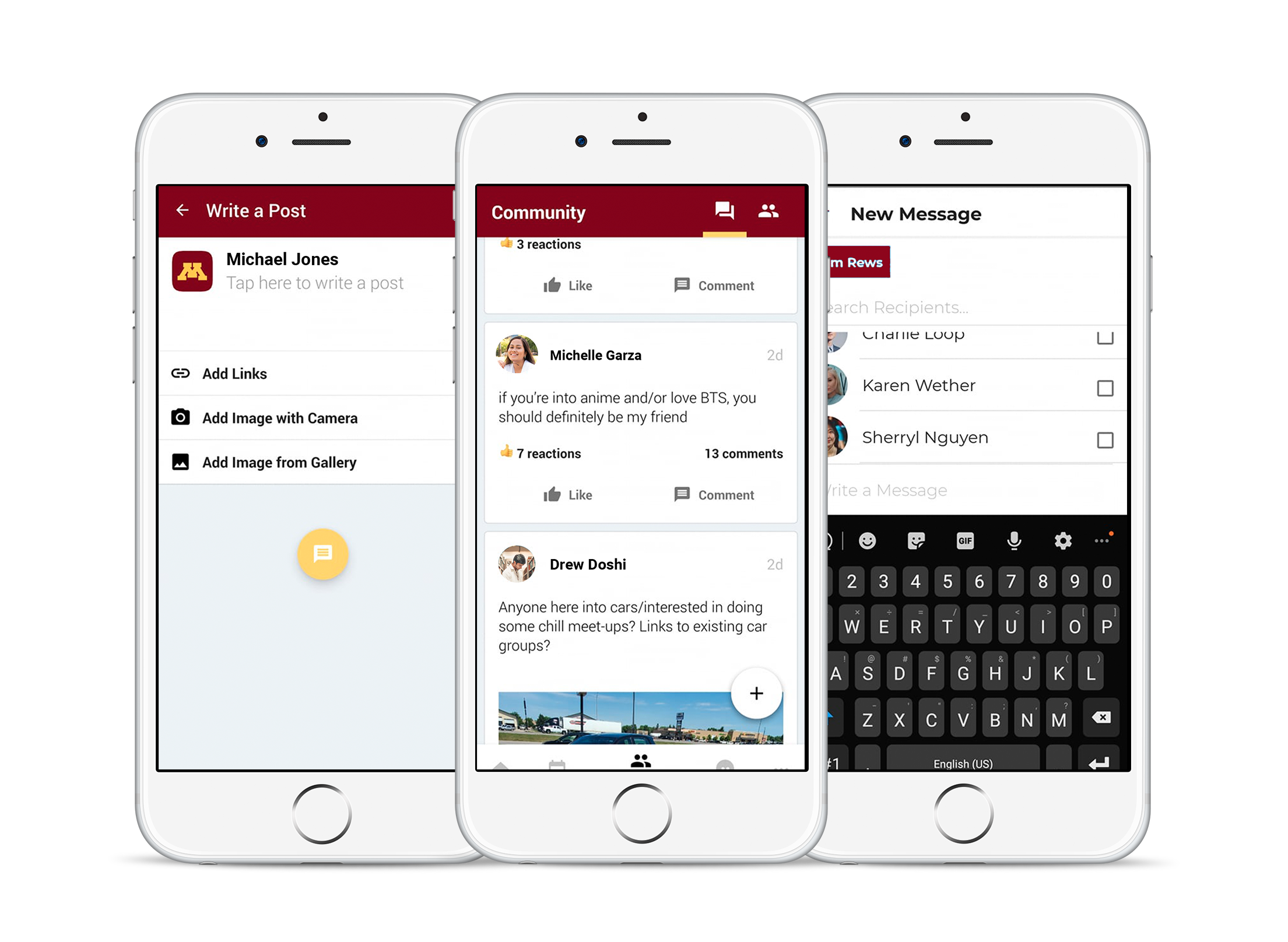 By offering a social feed, the UMN OTE team gave students a chance to connect with their peers prior to orientation and begin making friends.

The flagship of the University of Minnesota System, the Twin Cities campus is Minnesota’s only land-grant university and one of the most prestigious public research universities in the nation.

UMN’s orientation app received massive amounts of engagement leading up to and during their Welcome Week event.

The app’s social feed alone had over 11,000 unique posts and comments shared by incoming students. The posts made in the social feed included group chats, memes, meetups, and more.

The app’s orientation resources were viewed over 46,000 times and gave students an easy way to stay up to date with to-do’s and current events.

Visually, the Eventus.io platform is really appealing, straightforward, and intuitive. It’s so simple to use, it made it easy for students to come in and start engaging or creating their very own campus community.

By offering an app for their orientation, the UMN team was able to foster engagement that otherwise would not have occurred.

Students were able to find connections and build a sense of belonging with their new home on campus. This sense of belonging ultimately translates into student success, which all starts with a great student experience during orientation.